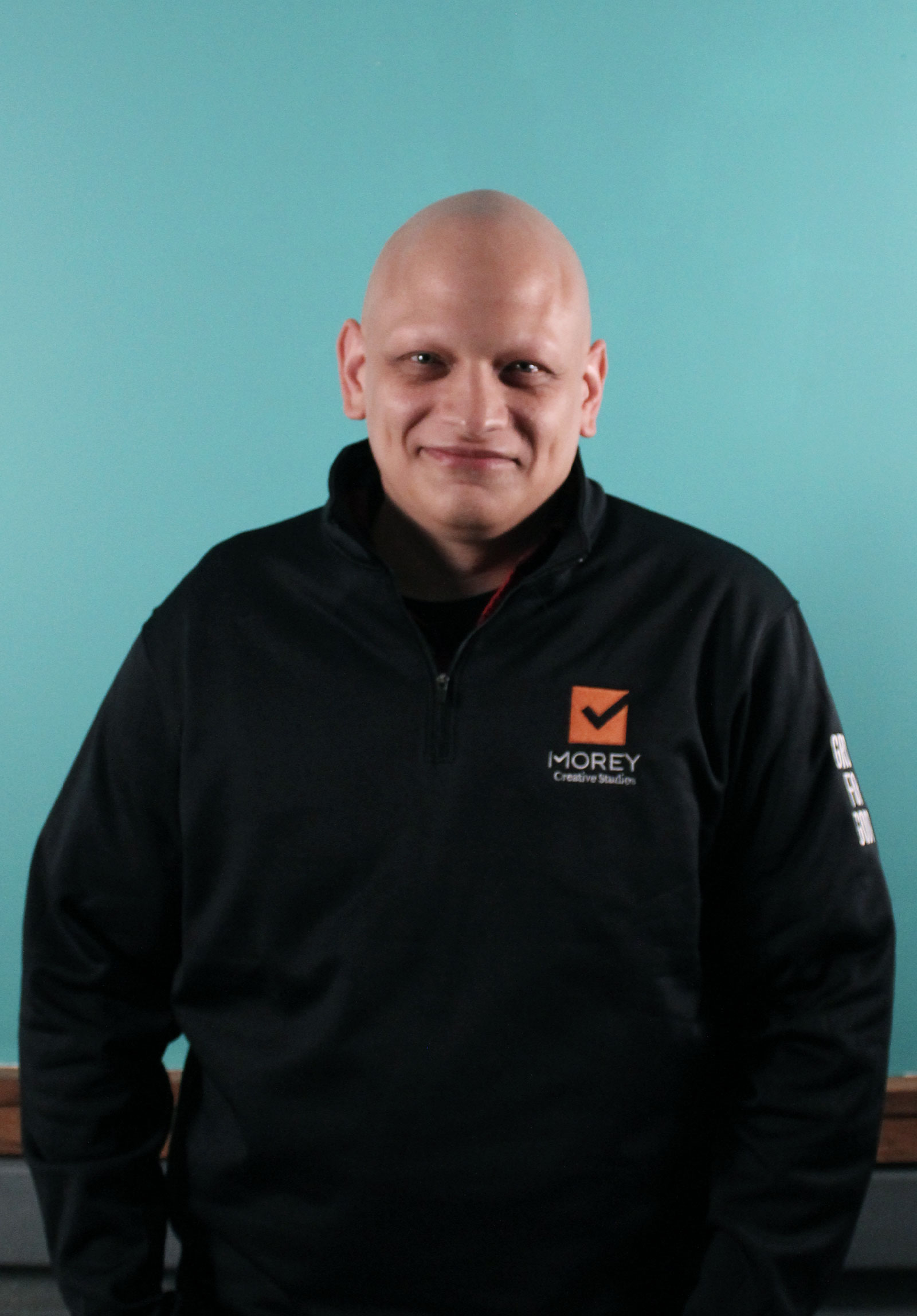 Steve is a strategist at Morey Creative Studios. He joined team Morey in January 2019 after spending 10 years in the world of community journalism, working for various publications in Queens and Long Island as a reporter, editor, and at his last newspaper, editor-in-chief. But of the many types of stories he’s written—from crime and school budgets to little leagues and elections—Steve is perhaps best known for his savory exploits as a food writer, using those skills to freelance for a variety of publications, including Newsday.

This continues with his work as The Cultured Pig, Steve’s food-obsessed alter ego that solidifies his place on Long Island as a tastemaker and king of all eaters. In his free time, Steve whines about the Mets, agonizes over the Islanders, and successfully hides his secret life as an avid Dungeons & Dragons player (oops). And while he’s never seen or read anything having to do with Harry Potter, he’s perfectly comfortable nerding out about Star Wars, IPAs, flannels, and 90s alternative rock.

Steve graduated from CUNY Queens College (after spending just a shade under a decade at LIU Post) with a bachelor’s degree in media studies and a minor in journalism. He also somehow convinced Queens College to allow him to teach journalism to actual college students for three whole semesters. In spite of this, his desired nickname of “Professor Mosco” never really took off.

Steve is currently living the good life in Franklin Square with his wife Jules and their dog, Honey.

How to Use HubSpot Tools for Conversion Rate Optimization