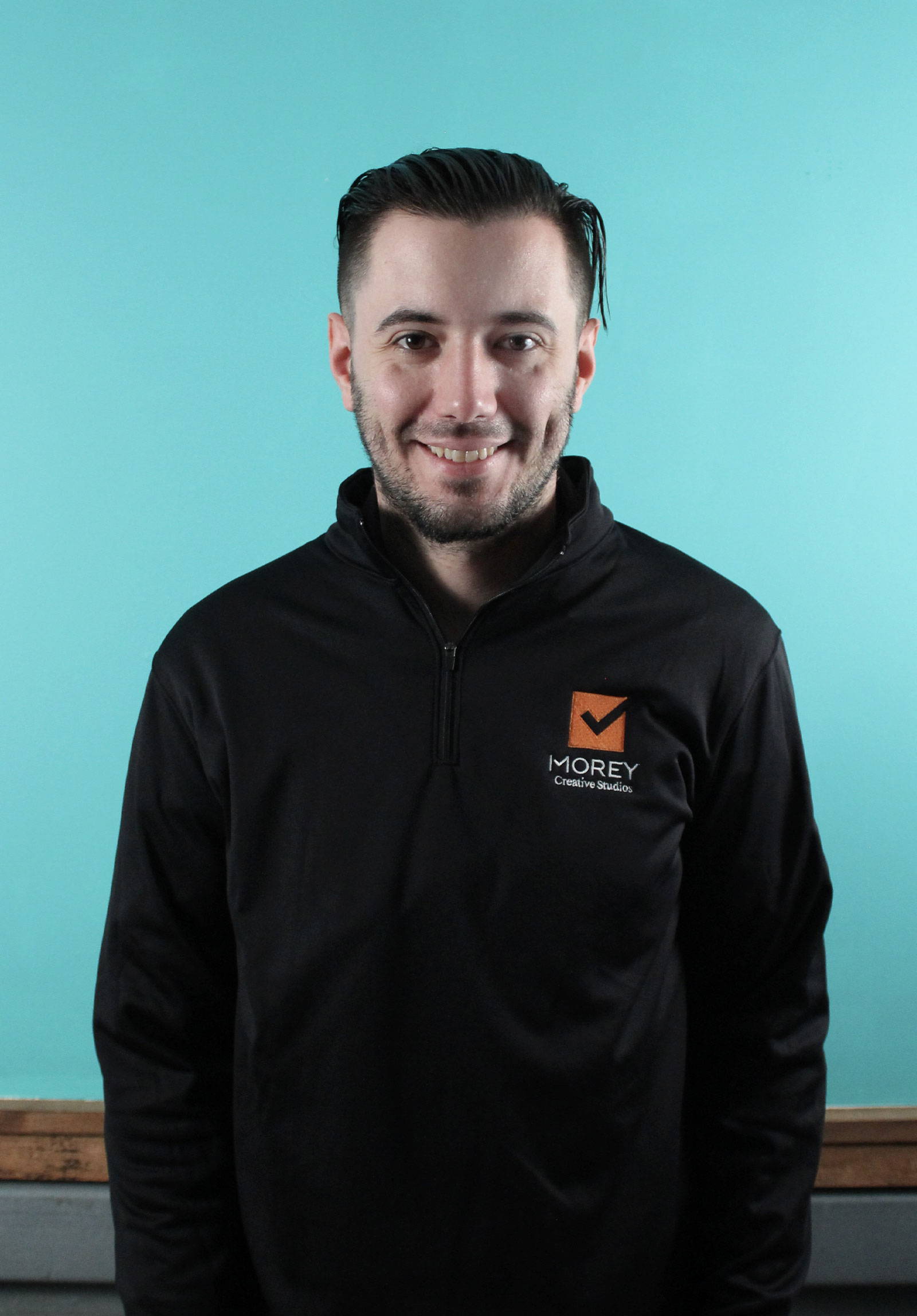 John Patti aka JP is a web designer at Morey Creative Studios. When JP isn’t yelling at his desk, he is rocking and rolling with his Main Street hive.

Design has always been a passion for him. John graduated from FSC with a B.S. in Visual Communications and an A.A.S. in Art: Digital Technologies from NCC. He joined the company as an intern and was hired full-time in the summer of 2018.