The Dillmeier Glass Company teamed with Morey Creative Studios in mid-2016. Although the commercial glass fabricator had been providing clients with pristine interior glass products for decades, it had very little online presence or authority.

Team Morey revamped its website with a new design, layout, and improved functionality. This included an intuitive navigation that enables visitors to easily find the information they’re looking for, as well as a new blog environment to educate readers about the glass and commercial construction industries.

In the two years Dillmeier Glass and Morey Creative have been working together, the Dillmeier Glass website has seen a dramatic increase in organic and direct traffic, as well as project inquiries.

The Dillmeier Glass Company draws upon 85 years of history, industry experience and expertise, having first opened its doors as a small fabrication business in Brooklyn, New York in 1933. In the decades since, Dillmeier Glass has become a leading manufacturer of glass applications ranging from store fixtures to glass wall systems capable of meeting the needs of customers around the globe.

Manufacturing from their 150,000-square-foot facility, Dillmeier Glass specializes in pairing the latest technology with highly skilled operators and fabricators to produce glass components capable of meeting virtually any specification in relation to size, shape, or surface treatment. 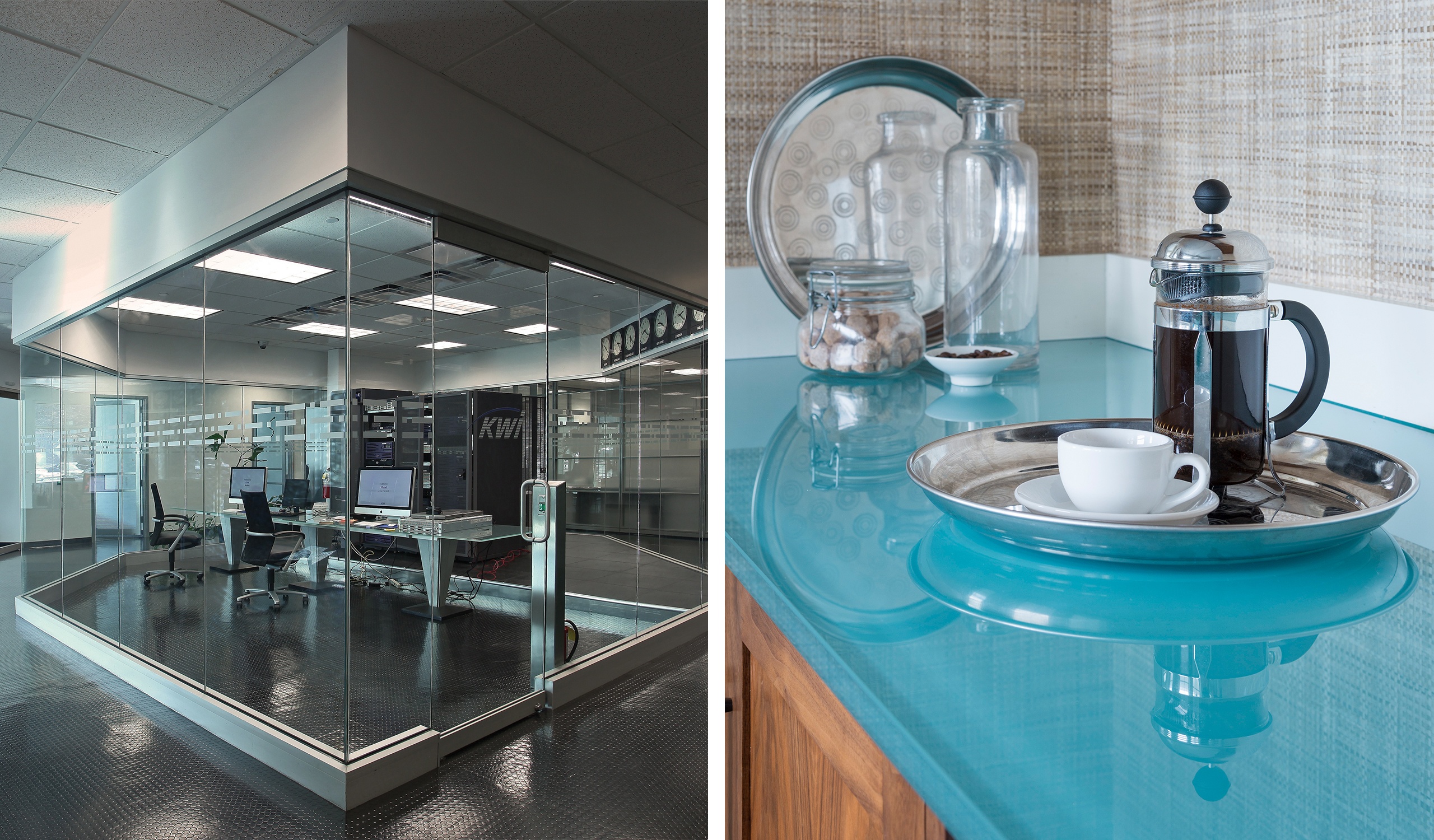 After consulting with the Dillmeier Glass Company and gaining a comprehensive understanding of the business model, its needs, and the expectations for the engagement—the Morey Creative Studios mapped out a strategic creative plan and overview, which included the following:

Following its successful redesign and launch, the Dillmeier Glass Company’s website has experienced significant growth and improvement across all key performance indicators. For the first time in its 85-year history, Dillmeier Glass has a strong digital presence capable of matching its industry reputation and creating new business opportunities for the firm.

Since the website redesign launch in September of 2019, Dillmeier Glass Company has, on average, welcomed...

visits to the blog per month

Dillmeier glass company has also experienced other positive results from its partnership with Morey Creative Studios. Among these, from September 2016 to July 2018:

Increase Referrals Visits from Other Sites in Year Two

Visits to the Website from Dillmeier Social Media Pages

In terms of overall traffic, the Dillmeier Glass website has experienced exponential growth during the past 23 months. In year one (September 2016 to August 2017), website visits from all traffic sources reached 13,391 sessions. Currently, in year two (September 2017 to July 2018), website visits from all traffic sources have nearly tripled, sitting just short of 37,500 sessions, to date. In fact, the website generated a total of 4,200 sessions in July 2018 alone. That’s a 419,900% increase from September 2016, in which only one session took place.

Organic traffic has accounted for approximately 75% of all visits to the Dillmeier Glass site following the September 2016 launch, and has experienced similar year-over-year growth. In 2018 (January-July), there were 22,362 organic sessions, resulting in 116 new digital contacts/leads in the Dillmeier Glass contact database.

Taking an even closer look, no visitors came to the website via organic search in September 2016. However, there were 3,405 organic sessions in July 2018.

Direct, or branded traffic to the website has also experienced substantial growth since the initial website launch. In year one (September 2016 to August 2017), website visits from direct sources accounted for 2,644 session, which translates to more than 2,500% growth over the previous period’s unimpressive statistics. Year two (September 2017 to July 2018) has resulted in 4,996 sessions, to date, and is on track to achieve 100% growth compared to year one. In total, there have been 7,668 sessions via direct search.

The staggering difference between direct visits from then and now can be clearly seen by examining the earliest and latest data. As aforementioned, in September 2016, there was only one visit to the Dillmeier Glass website; this session was from a direct search. In July 2018, 570 direct sessions took place—a 56,900% jump.

Both Dillmeier Glass Company and Morey Creative Studios are extremely proud of the extraordinary results its partnership has yielded. We don’t plan to slow down, but only increase and improve these efforts, with new goals to achieve and more leads to generate in the future.

Besides continuing to implement best practices for further organic growth, Morey Creative Studios has also worked with Dillmeier Glass to produce a print magazine, titled Reflections. This illuminating publication (see what we did there?) will feature some of Dillmeier Glass Company’s most-read blog posts, as well as new interviews with construction industry experts, and much, much more!