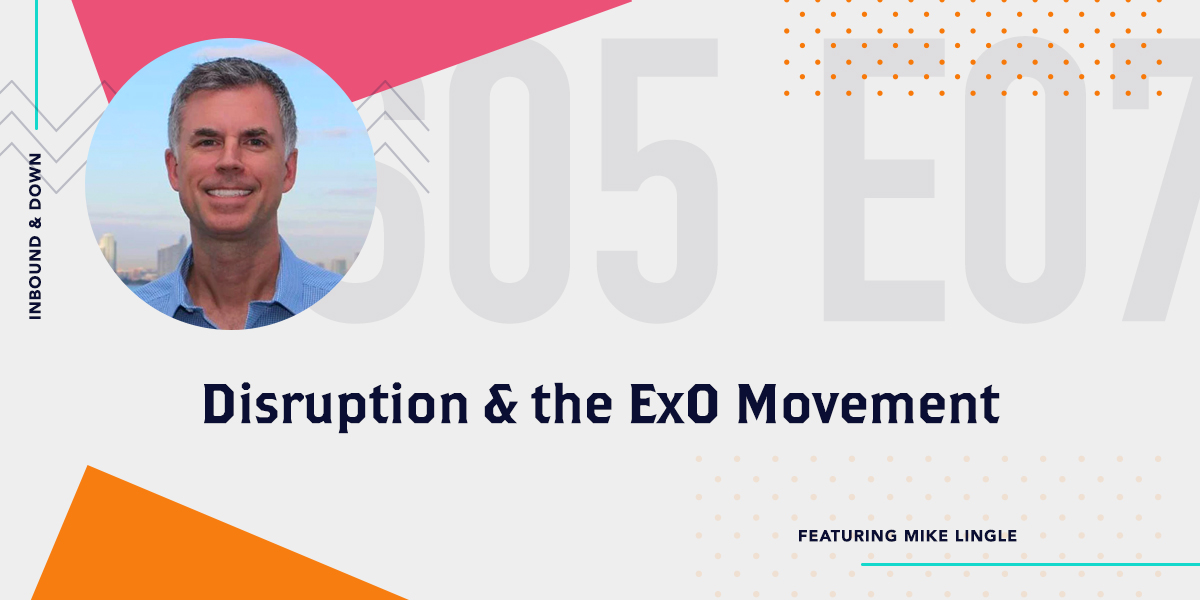 On this episode of 'Inbound & Down,' co-hosts Jon Sasala and Danielle Esposito sit down with Mike Lingle, chief growth officer + crypto lead for ExO Works, to discuss disruption and the ExO movement.

Our special guest for this episode is not only a distinguished thought leader and industry professional, but a Morey Creative Studios client who has been in the tech sector for more than 20 years.

In his conversation with the 'Inbound & Down' team, Lingle, who joined ExO works two years ago, describes the ExO movement and how its cutting-edge framework—the ExO Sprint—is used to jump-start new businesses and experienced ones alike.

What is the origin of the ExO movement?

First, we should clarify that ExO stands for "Exponential Organization." ExOs are companies that have demonstrated 10x more growth over their industry counterparts.

The movement took root in 2007 with the founding of the Silicon Valley-based Singularity University (SU), which characterizes itself as "a global learning and innovation community using exponential technologies to tackle the world’s biggest challenges and build a better future for all."

Salim Ismail, co-founder & chairman of ExO Works, also serves as founding executive director of SU, a position he's held since the university's first year of operation. It was early in his tenure at SU that Ismail noticed how certain leaders were excelling far beyond their peers, peeking his interest.

Ismail translated his curiosity into a book called, "Exponential Organizations," which was published in 2014. It serves as the backbone of the subsequent movement and ExO Works as a company.

What is the makeup of an ExO?

There are 11 attributes that make a company an ExO. The first and arguably most important attribute is the Massive Transformative Purpose (MTP). An MTP is an organization's aspirational purpose, and should be sweeping enough that it generates a cultural movement. As an example, consider TED's oft-quoted slogan, "ideas worth spreading" or Google's ambitious mission, "organize the world's information."

The remaining 10 attributes are split into two categories of internal and external factors.

The ExO framework is valuable to startups and entrenched businesses alike. In theory, it's easier for a startup to implement these practices as they don't typically have a long-standing business model established. The businesses that initially show signs of struggling are storied businesses that have a long history and have developed seemingly tried-and-true procedures. That's where ExO Works comes in.

What does ExO Works do?

Buoyed by his experience at SU and the success of his book, Ismail founded ExO Works with Francisco Palao in 2016.

According to the company: "ExO Works provides organizations with the coaching, framework, and support they need in order to compete and succeed alongside the world's fastest growing companies while developing a portfolio of initiatives capable of moving the needle for even the largest of organizations."

In essence, ExO Works is trying to help companies evolve, regardless of their size. They focus on driving 10x efficiencies into the core business, and experimenting with new models on the edge of their respective industries.

Those involved in the course often become the leaders of these initiatives in their own company. Given the opportunity to embrace their creative side, they come alive and flourish—suggesting they already had these abilities but simply required an outside force to allow it to blossom. These people continue to work for the company and become a driving force for positive change.

ExO is not a traditional consulting service. Instead, coaches work directly with individuals inside each organization. This ensures that ideas and potential disruption originate from within the organization—especially from those who have company expertise and understand the culture, as well as the pain points and frustrations experienced by their consumers.

The sprint is comprised of four teams of six. Altogether, it consumes about half their time over 10 weeks, which is why the entry criteria for businesses is a minimum of 1,000 employees and $1 million in revenue. Considering how much time is devoted to this endeavor, firms must be confident that they're enlisting their brightest employees, including those with leadership traits, in order for the company to continue to operate smoothly. At the same time, companies must compensate for the loss of these employees, while understanding that the ultimate goal is to leverage their new talents once the sprint is completed.

The training includes a process that facilitates breakthrough initiatives and creates business cases to present to management at the end of the 10 weeks. If all goes well, the sprint should have positive effects on the industry, and on the company's culture.

How are sprint participants selected?

Initially, the company typically hand-selects participants. Often the sprints are so successful that subsequent rounds are initiated and include select applicants from across many departments.

During one particular sprint that included a second round, a member from the call center of a large company was selected to participate. While potentially seen as an unorthodox selection, this participant proved to be integral to his team. In the sprint's fifth week, a disrupt session is held where coaches and the C-suite of the company hear pitches from the teams, and provide detailed feedback. Over the next five weeks the teams further iterate and improve upon these pitches and present again. This is an unique opportunity for both the people participating in the sprint, and the C-suite. For example, the person working at the call center would never have such an opportunity. In fact, the reason why this particular anecdote is so impactful is the call center member was elevated, later working alongside the C-suite to test new technologies.

The sprint allows management to observe future leaders, giving them a grasp on their skill, ability to accept and transform feedback, and how they operate under pressure. For other members on the team, the sprint is inspirational, because they see the progress being made and the excitement around it, and often seek to engage in future sprints, or any innovation projects.

How do you prevent disruption if you're an SMB who isn't big enough for an ExO Works sprint?

Forseeing that smaller businesses would be interested in the sprint, ExO Works open sourced their methodology. The company published a book called Exponential Transformation: Evolve Your Organization (and Change the World) With a 10-Week ExO Sprint, which serves as a workbook that runs through the 10 week process. After reading the book, companies can leverage a coach or an adviser from the ExO works ecosystem for further consultation.

Disruption comes for every industry. Whether or not you're cognizant of it, you've seen brands, companies and entire industries become victim to significant changes. Many like to bury their heads in the sand and hope they can outlive technological and creative advances, but being proactive does have its benefits. Whether you're a small to medium sized business or a large enterprise client, there are solutions. And who knows, you may change the world in the process.

Keep an eye out for next week's episode where we chat with agency consultant and overall industry thought leader, Jason Swenk.

Do you have questions about disruption? Send them in to inbound@moreycreative.com. 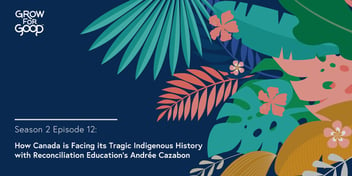 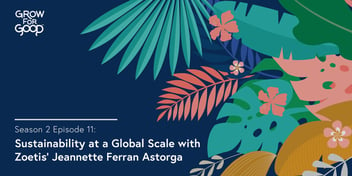 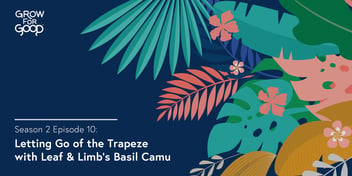