Skip to Main Skip to Sidebar Skip to Footer

HubSpot Partner Agency Morey Creative Studios proudly announces the promotion of creative director Jon Sasala to president of the company, a position in which he will oversee all operations and continue to drive its commitment to providing exceptional inbound marketing, sales enablement and lead generation services to all its clients. 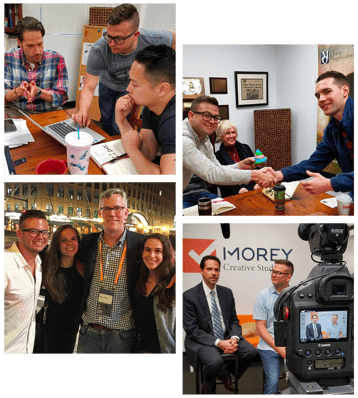 Sasala is no fresh face to Morey Creative, having first joined the Morey family nearly two decades ago as a junior designer in 2001.

With an incredible eye for detail and boundless talent, Sasala quickly ascended to art director of not only the company's award-winning alternative weekly newspaper, Long Island Press, but properties including several radio stations, restaurants, an events company, and catering venue, among others.

Sasala beamed with enthusiasm at each new opportunity presenting itself, and became the company's creative director in 2011. When Morey teamed up with inbound marketing and sales software platform HubSpot as a Partner Agency in 2015, Sasala was instrumental to its transition.

"Typically, to find someone of Jon's caliber, it's necessary to look outside of one's organization," says Jed Morey, CEO of Morey Creative Studios (MCS). "The fact that Jon is homegrown talent is not only rare, it's extremely gratifying." 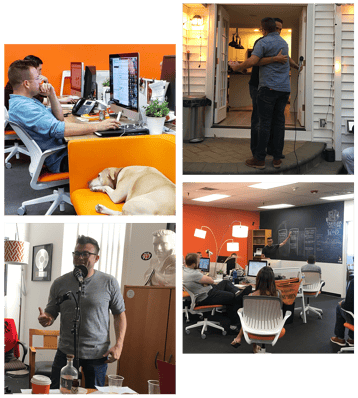 "Having watched him grow and develop over his career from artist to leader is rewarding beyond measure," he continues. "He's a wonderful husband, father, friend and colleague, and I couldn't be more thrilled or confident in the decision to have him lead our company into the future."

Sasala has embodied the HubSpot culture and lifestyle during his time as creative director, driving all in-house efforts down the path paved for Morey Creative by HubSpot founders Brian Halligan and Dharmesh Shah.

“I am honored to have been awarded the title of president and what it represents: my commitment to this team and our success," he says. "Since I began my career with Morey, I’ve been empowered to step in where the work just needed to be done. Over the years, the types of challenges and opportunities that have presented themselves have helped me grow professionally, and I feel a great deal of pride in what we’ve accomplished."

Sasala's enthusiasm for inbound marketing is palpable, and his hunger for the future of this industry is expected to do wonders for the entire Morey Creative team as he settles into his new role as president.

"I'm committed to the people who make up Morey Creative Studios and our mission to Grow For Good™," he adds.

"Can I go on record that I hired Jon? Not just because him and I share a birthday!" remarks Beverly Fortune, COO. "I was so impressed when we met for our first interview, I knew that he was the perfect fit for the organization. The best way I can describe him is his answer to everything, which is 'Can Do.' And he never disappoints. Ever. If you need help or something done, Jon's 'Can-Do' approach has brought this company to where it is today. I am so proud to know him and work with him in many different capacities. He gives 100% to everything he does. So well deserved. Congratulations Jon!"

“This is a well-deserved and well-earned honor,“ explains Christopher Twarowski, MCS executive editor in chief. “Jon personifies what it means to be a team player, constantly elevating those around him in the collective pursuit of excellence. He’s still one of the first employees in the office each morning, and one of the very last to head home each night. His curiosity and sheer thirst for knowledge is insatiable, and his passion is nothing short of infectious. Jon is a true artist, instinctively tackling and re-imagining the tasks at hand for a better solution, and often bursting out excited declarations of amazement when discovering something new, so eager to share it with the crew. Nobody is more enthusiastic about HubSpot, inbound marketing, and achieving results for clients than Jon. I could go on and on. It’s an honor to work alongside him.”

"I've worked with Jon for more than 15 years," says Michael Conforti, producer of Morey Creative's award-winning podcast News Beat. "Through every iteration of this company he has always been an absolutely integral part of any success and evolution we've ever had. With him at the helm I have no doubt that the Morey Creative Studios future will be awesome."

"Whenever there's a challenge, Jon embraces the opportunity to learn and grow, and inspires others to do the same: He is the embodiment of a 'Can-Do' attitude," says Jeff Main, senior designer. "It's been my pleasure to work alongside someone as passionate, positive, and creative as Jon. Congrats on this well-deserved achievement!"

“I’ve been working with Jon for a while now and I can say that I’ve never worked with anyone that is more passionate, caring, and talented as Jon," shares Jon Chim, senior designer. "Not only is he a good artist but a great leader. I’m truly excited to head into the future with him leading the way.”

"I've never been more confident that Jon Sasala has at the very least, three clones of himself," says Jake Stringfellow, designer. "There are so many things Jon somehow gets done that ensure the client gets everything they need. Though sometimes they go unnoticed, I know those are the things that help this company excel and grow every day."

"One of my favorite things about Jon is his genuine love of learning," says Yelena Mirsakova, designer. "You can hear the passion in his voice whenever he tells us about something new he came across. And he shares that love of learning with us! He's always so eager to teach us something new or encourage our own self-learning initiatives."

"Listen, Jon's my way smarter and better looking co-host and I love that dude," says Danielle Esposito, senior inbound strategist and agency marketing manager. "I've been here for just over four years and I can confidently say that I've never met anybody more excited about inbound—or life in general. He oozes passion about every single thing he talks about, and it makes you so excited about that topic also. Watching him just be is one of my favorite things ever, but my favorite, favorite thing? Inbound Jon. If you know, you know."

"The words 'Can Do' have been used to describe Jon—and, truthfully, I can think of no other phrase which more accurately describes his daily approach here at Morey Creative," says Jamie Lynn Ryan, senior strategist. "Whether grappling with a complicated technical issue, patiently walking clients through the functionality of our platforms, or brainstorming new strategies to take the company to the next level, Jon is constantly seeking ways to maximize our collective skill sets as we push forward into what's next."

“Since my first day at Morey, Jon has been a wonderful role model, demonstrating what can be achieved when a person has an absolute passion for what they do, a dedication to growth, and of course, a sense of humor," says Joe Whearty, strategist.

"Jon's passion for the work is genuine and infectious," says Dillon Friday, strategist. "It makes it easy to work with him, and makes you want to work for him."

"I don't think I have ever met anyone that works harder than Jon," shares Jamie Castagna, business manager. "I can't recall him having a bad day because his enthusiasm for work, life, and his family is constant. It has always been a pleasure to work with Jon, and I’m looking forward to seeing what the future holds for us all with him as president of Morey Creative Studios."

"It’s a running joke that everything is Jon’s favorite," says Sage Levene, broadcast manager and producer of Inbound & Down. On any given episode of I&D he’ll state at least four things that are his favorite—and he’s not lying—those things are his favorites. He’s an excited person. Excited to learn, for the future and the team. That’s what makes him such a great mentor, leader, and what will undoubtedly make him a great president. I can say with confidence that Jon is our favorite."

Morey Creative Studios is a HubSpot Partner Agency with offices in New York and Philadelphia, and one of the largest HubSpot providers in North America. Contact us today, and Grow For Good™. 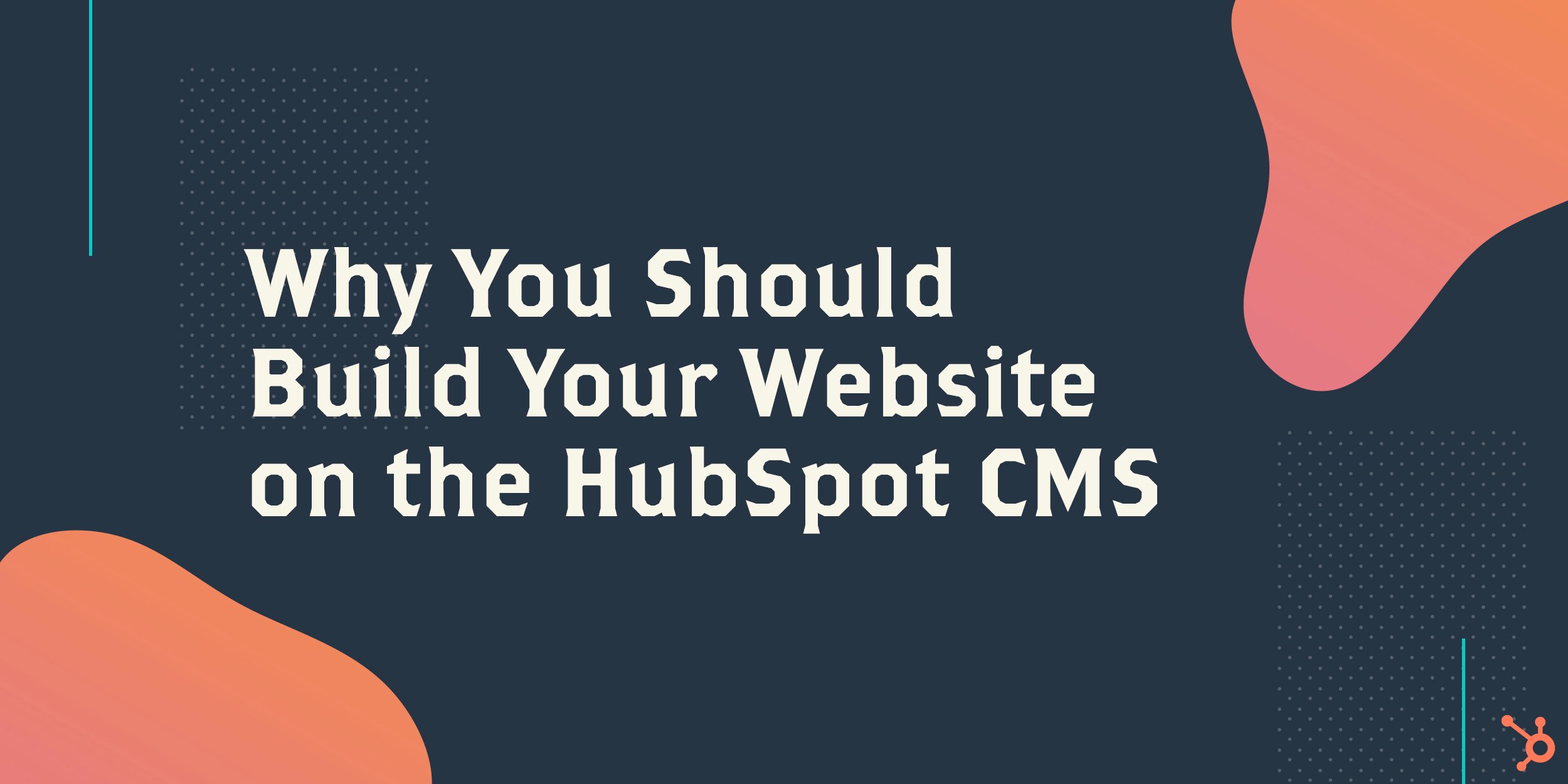 Why You Should Build Your Website on the HubSpot CMS Hub
HubSpot CMS Hub is an all-in-one platform with a vast array of tools and functionality facilitating superb website design, content creation, optimization, personalization, reporting, and so much more. Read More

What Kinds of Companies Use Inbound Marketing?
Companies across a wide range of industries that market products and services with longer sales cycles can benefit from inbound marketing, such as manufacturing, healthcare, financial services, information technology/cybersecurity, travel, and many others. Read More